LIFE Updates: Once you've experienced God's redeeming, generous love, you can't keep it to yourself! It has to be shared. Help sh… https://t.co/RBipEm3FI4

An 11-year-old Gold Star child honors his father, who made the ultimate sacrifice in Afghanistan less than a month before he was born. 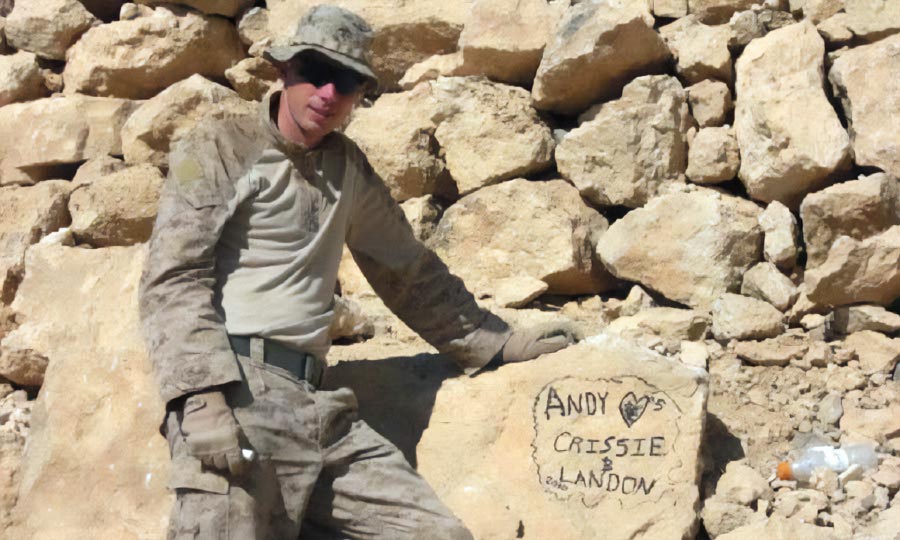 U.S. Marine Lance Cpl. Andrew Carpenter sends a heartfelt message to his wife and unborn son while serving in Afghanistan's Helmand Province in 2011.

Every day is Memorial Day for Landon Carpenter. That’s because less than a month before he was born, Landon’s father died of wounds suffered while serving our country in Afghanistan.

For the past eleven years, Landon has gotten to know U.S. Marine Lance Cpl. Andrew Carpenter largely through stories told by his mom and also his father’s side of the family. He’s also been looking through old pictures, videos, letters and even toys his dad once enjoyed collecting.

“I don’t play with a lot of toys anymore, but I do love his G.I. Joes and his wrestlers,” Landon told The Stream during the week leading up Memorial Day.

No 11-year-old boy should be forced to grow up without getting the chance to give his dad a hug, but as I spoke to Landon for the first time, there was a clear sense of the maturity and strength that defines this post-9/11 generation of Gold Star children.

“I want people to know that my dad was a great person,” Landon said. “He was not mean in any way.”

Landon’s dad fought against some of the meanest, most violent people on the planet when he deployed to Afghanistan’s volatile Helmand Province in 2010. As often as he could between battles with al-Qaeda and the Taliban, the 27-year-old Marine would call home to Tennessee to check on his pregnant wife, Crissie.

“We said ‘I love you’ 20 times before hanging up on that last phone call because I wouldn’t say goodbye,” Crissie told me back in 2011. “I have a feeling that he knew.”

On Valentine’s Day 2011, Lance Cpl. Carpenter was shot in the neck by an enemy sniper. Unable to fly to Germany to be at her husband’s side while she was eight months pregnant, Crissie was instead forced to say goodbye to the father of their unborn child while a phone was held up to her husband’s ear. The severely wounded Marine died five days after being shot.

I attended Lance Cpl. Andrew Carpenter’s funeral in Tennessee. Images from that somber day – including watching Crissie weep while pregnant with Landon – are forever seared into my memory. Yet in the eleven-plus years since, Crissie has remarkably managed to turn sadness into hope by not only raising their son, but by ensuring that Andrew is always by Landon’s side.

“Landon and I make sure to talk a lot about his daddy, and whenever he has questions I’m always here to answer them,” Crissie said. “Landon never got to meet his daddy, but I feel like he knows him.” 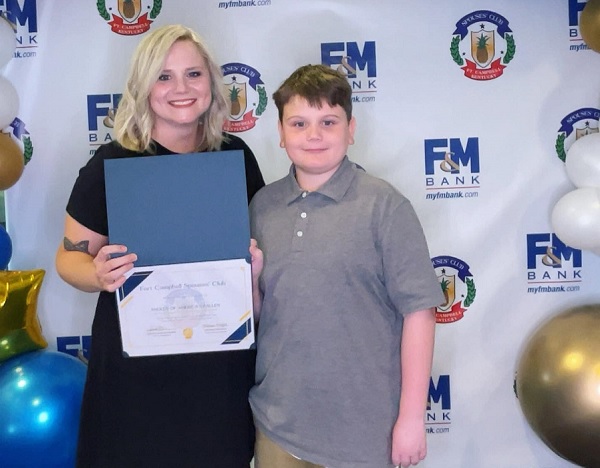 Crissie and Landon Carpenter smile after the Gold Star child recently gave a speech at an Angels of America’s Fallen event in Tennessee.

Earlier this month, Landon spoke at an Angels of America’s Fallen event in Tennessee. The Gold Star child’s bravery in going up to the podium and giving a speech in front of a large audience mirrored the courage his father once showed on a faraway battlefield.

“It wasn’t very long, but I just had to say that stuff,” Landon told me. “It was nerve-wracking, but I was able to get through it.”

A Day of Remembrance

Landon is looking forward to a quiet Memorial Day with family and friends.

“It will definitely help me remember my dad and everyone who fought for our country,” he said.

After more than a decade of Memorial Days as a Gold Star wife, Crissie Carpenter’s perspective on the national day of remembrance has widened.

“For Landon and (our family), Memorial Day is every day,” she said. “I think what his daddy would want us to do is think about and pray for people from our past and also think about what we have right now. We are so, so blessed.”

America is indeed blessed with Gold Star families like the Carpenters, who have sacrificed so much to preserve freedom and all else that our country holds dear. As we pray for them, let us be similarly strengthened by the memory of fallen warriors like Lance Cpl. Andrew Carpenter.

“He was amazing,” Landon Carpenter said. “He was definitely a hero fighting for us.”

As we remember our military families who lost loved ones who gave their lives defending our freedom… let us also pray for the broken-hearted devastated in Uvalde, Texas.

Tom Sileo is a contributing senior editor of The Stream.