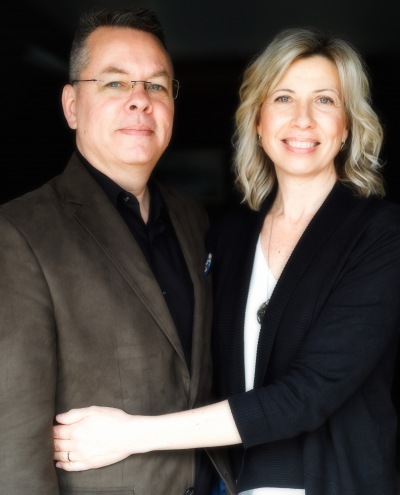 About Andrew and Norine Brunson:

Andrew Brunson is an American pastor. He holds a PhD in New Testament from the University of Aberdeen, Scotland. Andrew and his wife, Norine, were involved in starting churches, training believers, aiding refugees, and a house of prayer in Turkey for twenty-three years until being falsely accused of terrorism in October 2016. After this, Andrew was held for two years in Turkish prisons. Due to a worldwide prayer movement and significant political pressure from the US government, he was finally sentenced to time served and dramatically released in October 2018.