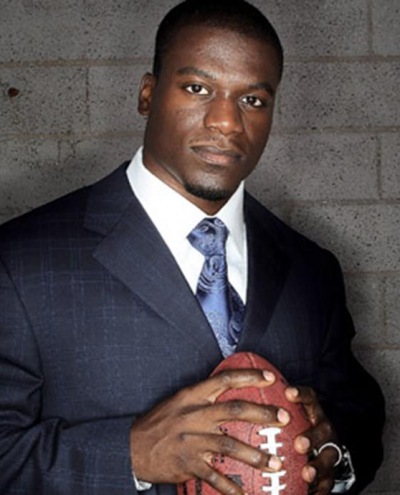 In the 2005 AFC Divisional Game against the Denver Broncos, he made perhaps one of the most notable plays in NFL history, when he tackled Denver cornerback Champ Bailey one yard short of what would be a 101-yard interception off Tom Brady. Bailey intercepted the pass one yard inside of the Patriot end zone and proceeded 100 yards before Watson, the only Patriot within ten yards of Bailey, hit Bailey violently, knocking both the ball and Bailey out at the Denver 1-yard line. This play is of note due to the fact that Watson was on the other side of the field when Bailey made the play. He had to sprint an estimated 120-yards, run through a referee and never gave up in the chase.

On March 12, 2010, he signed a three year deal with the Cleveland Browns reuniting him with former Patriots assistant coach, Eric Mangini. In the 2010 season, he led the Browns in receptions, receiving yards, and receiving touchdowns. On March 18, 2013, he agreed to terms on a three year contract with the New Orleans Saints and was named a team captain for the 2015-2016 season. In his 12th year in the NFL, Watson had a career season where he had a career bests in receptions (74) and yards (825), and tied his career high in touchdowns (six). On March 9, 2016, Benjamin Watson signed a two-year deal with the Baltimore Ravens.

Off the field, Benjamin stays busy with his foundation One More, his growing family, and the NFL Players Association, where he serves on the Executive Committee.  He is also an NFL Spokesman for the All Pro Dad Campaign. In 2015, Watson published his first book, “Under Our Skin: Getting Real About Race- And Getting Free From The Fears and Frustrations That Divide Us”.  In October of 2016, he authored a “Group Conversation Guide” to aid readers’ journey to honest conversation about race, bias, and justice in America. On May 2nd, 2017 Watson will release his next literary work, “The New Dad’s Playbook: Gearing Up for the Biggest Game of Your Life.”