LIFE Updates: "Why, my soul, are you downcast? Why so disturbed within me? Put your hope in God, for I will yet praise him, my Sa… https://t.co/fc2dChq9ja 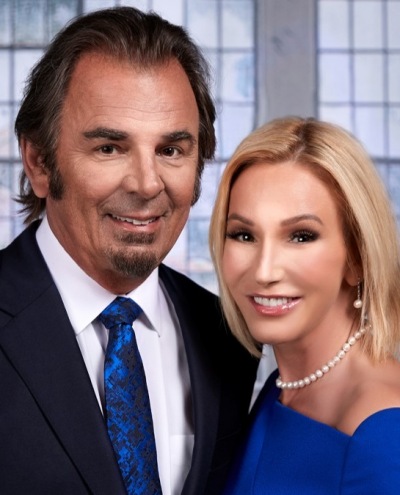 About Jonathan Cain and Paula White-Cain:

Pastor Paula White-Cain is the Senior Pastor of City of Destiny in Apopka, Florida. Pastor Paula began ministering in the inner cities of Washington, D.C., in the late 1980’s and has since gone on to lead multiple mega-churches, including one of the largest churches in America.

In addition to being the founder of Paula White Ministries, a global media ministry that has touched the lives of hundreds of millions of people, Pastor Paula is also an author, philanthropist, spiritual advisor to the President of the United States, wife, mother, and highly sought after motivational speaker. She hosts her own television program, Paula Today, which has been seen in over 200 countries worldwide, and spearheads global humanitarian efforts.

Jonathan Cain, a longtime keyboardist and rhythm guitarist in the American rock band Journey, and co-writer of one of the best-selling songs of all time ‘Don’t Stop Believin’’.